Yang's group has a new way of combining the structural color and superhydrophobicity found in butterfly wings (Credit: AFM)
.

A drop of water sits on a material with structural color and superhydrophobicity. (Credit: AFM)
Download this image in high resolution.

Shu Yang
PHILADELPHIA — The colors of a butterfly’s wings are unusually bright and beautiful and are the result of an unusual trait; the way they reflect light is fundamentally different from how color works most of the time.
A team of researchers at the University of Pennsylvania has found a way to generate this kind of “structural color” that has the added benefit of another trait of butterfly wings: super-hydrophobicity, or the ability to strongly repel water.
The research was led by Shu Yang, associate professor in the Department of Materials Science and Engineering at Penn’sSchool of Engineering and Applied Science,and included other members of her group: Jie Li, Guanquan Liang and Xuelian Zhu.
Their research was published in the journalAdvanced Functional Materials.
“A lot of research over the last 10 years has gone into trying to create structural colors like those found in nature, in things like butterfly wings and opals,” Yang said.” People have also been interested in creating superhydrophobic surfaces which is found in things like lotus leaves, and in butterfly wings, too, since they couldn’t stay in air with raindrops clinging to them.”
The two qualities — structural color and superhydrophobicity — are related by structures. Structural color is the result of periodic patterns, while superhydrophobicity is the result of surface roughness
When light strikes the surface of a periodic lattice, it’s scattered, interfered or diffracted at a wavelength comparable to the lattice size, producing a particularly bright and intense color that is much stronger than color obtained from pigments or dyes.
When water lands on a hydrophobic surface, its roughness reduces the effective contact area between water and a solid area where it can adhere, resulting in an increase of water contact angle and water droplet mobility on such surface.
While trying to combine these traits, engineers have to go through complicated, multi-step processes, first to create color-providing 3D structures out of a polymer, followed by additional steps to make them rough in the nanoscale. These secondary steps, such as nanoparticle assembly, or plasma etching, must be performed very carefully as to not vary the optical property determined by the 3D periodic lattice created in the first step.
Yang’s method begins with a non-conventional photolithography technique, holographic lithography, where a laser creates a cross-linked 3D network from a material called a photoresist. The photoresist material in the regions that are not exposed to the laser light are later removed by a solvent, leaving the “holes” in the 3D lattice that provides structural color.
Instead of using nanoparticles or plasma etching, Yang’s team was able to add the desired nano-roughness to the structures by simply changing solvents after washing away the photoresist. The trick was to use a poor solvent; the better a solvent is, the more it tries to maximize the contact with the material. Bad solvents have the opposite effect, which the team used to its advantage at the end of the photolithography step.
“The good solvent causes the structure to swell,” Yang said. “Once it has swollen, we put in the poor solvent. Because the polymer hates the poor solvent, it crunches in and shrivels, forming nanospheres within the 3D lattice.
“We found that the worse the solvent we used, the more rough we could make the structures,” Yang said.
Both superhydrophobicity and structural color are in high demand for a variety of applications. Materials with structural color could be used in as light-based analogs of semiconductors, for example, for light guiding, lasing and sensing. As they repel liquids, superhydrophobic coatings are self-cleaning and waterproof. Since optical devices are highly dependent on their degree of light transmission, the ability to maintain the device surface’s dryness and cleanliness will minimize the energy consumption and negative environmental impact without the use of intensive labors and chemicals. Yang has recently received a grant to develop such coatings for solar panels.
The researchers have ideas for how the two traits could be combined in one application, as well.
“Specifically, we’re interested in putting this kind of material on the outside of buildings,” Yang said. “The structural color we can produce is bright and highly decorative, and it won’t fade away like conventional pigmentation color dyes. The introduction of nano-roughness will offer additional benefits, such as energy efficiency and environmental friendliness.
“It could be a high-end facade for the aesthetics alone, in addition to the appeal of its self-cleaning properties. We are also developing energy efficient building skins that will integrate such materials in optical sensors.”

The research was supported by the Office of Naval Research and the National Science Foundation.
By Emmanuel I at December 01, 2012 No comments:

The unique atomic structure of diamonds will likely make them a vital cog in the next generation of high technology, bionic eyes to new lasers and tamper proof communications.

IN THE 1953 MOVIE, Gentleman Prefer Blondes, an ageing aristocrat called Sir Francis Beekman gave away his wife’s diamond tiara to gain the affections of Marilyn Monroe’s character Lorelei Lee. The movie’s hit song was "Diamonds are a girl’s best friend".
But nearly 60 years later, developments in the fields of physics and nanotechnology are proving that diamonds can be used for far more interesting things than plain old seduction.
In fact this physicist’s ‘new best friend’ is popping up all over the show and playing a starring role in new research into bionic eyes, delicate new lasers, tamper proof communication and prosthetic knees. According to David Awschalom, a quantum physicist at the University of California in Santa Barbara, we’re on the verge of 'the Diamond Age'.
It’s long been recognised that diamond is the hardest natural substance known. The Ancient Greeks called it ‘adamas’, which means ‘unconquerable and indestructible’.
Less well known is that diamond conducts heat faster than any other material, making it ideal for drawing waste heat away from energy intensive electronics.
Diamond is also virtually transparent through a wide spectrum of wavelengths ranging from ultraviolet to the far infrared. Light absorption only tends to occur because of impurities of boron or nitrogen in the tight crystal lattice of carbon atoms that makes up diamond.
Natural diamonds were formed millions of years ago in hot, high pressure environments more than 100 km beneath the Earth’s surface. But nowadays, diamonds can be grown in the lab in a process called chemical vapour deposition (CVD), which involves ionising a mixture of gases including methane.
As carbon is freed from the methane, it forms diamond on a specially prepared base material heated to 800°C. It’s also possible to ‘dope’ the diamond by adding elements such as boron or nitrogen to the recipe, in order to take advantage of its unique properties.
In fact, some of the most exciting opportunities in quantum technology today rely on these dopants within diamond. One such impurity occurs when a single nitrogen atom gets caught in the lattice of carbon atoms. It bonds with the diamond in such a way that an electron is left 'free'.
David Awschalom’s research focuses on manipulating the ‘spin’ of these free electrons with microwaves in a new field of research termed ‘spintronics’. Spin can be thought of as a magnetic property of elementary particles on a quantum level and electrons usually exist as spin up or spin down.
This is a natural fit with the concept of the ones and zeroes of the binary code on which modern digital computing is based. But due to the baffling rules of quantum mechanics, microwaves can be used to put the electron somewhere between spin up and spin down, as a combination of any number of different states.
The electron could thus become a way to store massive amounts of data, and it could also form the basis for quantum computers, which would use quantum effects to manipulate the data. This is predicted to greatly increase the speed of computers, because of the vast number of calculations that could occur on a single electron.

Violeta Yesley
By Violeta at November 30, 2012 No comments: 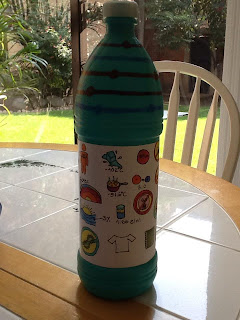 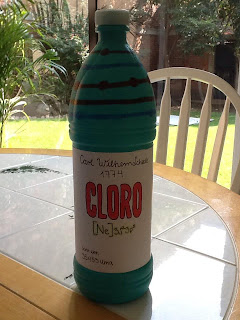 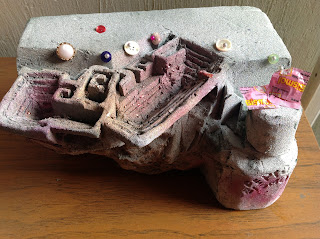 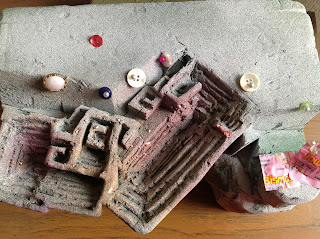