Mercury in the ocean

Thanks to industrialization, mercury levels in the atmosphere are at least three times higher than they were 150 years ago, and mercury levels in ocean surface waters are higher too. So it might seem reasonable to assume that fish accumulate more toxic mercury compounds nowadays than they did in the past. But they don't, according to a provocative new study of Pacific tuna.
Methylmercury is a potent neurotoxin that gets concentrated in big, long-lived carnivorous fish such as tuna and swordfish. To investigate whether levels are higher in fish than they used to be, Princeton geochemist François Morel and colleagues took measurements from 66 yellowfin tuna caught off Hawaii in 1998 and compared these to measurements taken from 71 yellowfins caught in 1971. To their surprise, the total mercury levels were similar, despite the fact that their modeling estimated a 9% to 26% increase in the concentration of inorganic mercury at the ocean surface over the same time period.
So why isn't the inorganic mercury getting converted into the organic forms that accumulate in fish? In freshwater lakes and wetlands, inorganic mercury is thought to be turned into methylmercury by sulfate-reducing anaerobic bacteria. In the ocean, such bacteria are most likely to live about a kilometer deep, so ocean biologists have assumed that this region is the source of methylmercury in the ocean. But if this region were the source, the 1998 tuna mercury concentrations would be higher than in 1971 because atmospheric mercury gets down this far, says Morel. So the toxin in the fish must come from elsewhere, perhaps hydrothermal vents, which are likely to have high concentrations of mercury and to host sulfate-reducers, he says.
"They have an interesting idea about the source of methylmercury in the oceans," says biogeochemist Cynthia Gilmour of the Academy of Natural Sciences' Estuarine Research Center in Leonard, Maryland. But she and others aren't convinced. Gilmour notes that the research seems to contradict earlier work showing that methylmercury levels have increased in seabirds, which feed on ocean fish.
More information:
http://news.sciencemag.org/sciencenow/2003/11/20-03.html?ref=hp
Rebecca Renner, Science Magazine
By Unknown at March 31, 2013 No comments:

The metal-oxide framework can be used to cage molecules, such as cyclohexanone, to obtain crystal structures © NPG
X-ray crystallography has shaped modern chemistry. It is arguably the most powerful tool for molecular structural analysis. But it suffers from one big drawback: it can only analyse materials that form well-defined crystals. This may now be about to change. Researchers in Japan have used ‘crystal sponges’ to hold molecules that can’t be crystallised, allowing them to be analysed using x-ray crystallography.
For chemists, trying and failing to crystallise compounds can be a frustrating task. Yasuhide Inokuma’s experience was no different. So, in 2010, Inokuma and colleagues at the University of Tokyo came up with a solution. With the help of metal atoms and organic ligands they built molecular cages, more commonly known as metal-organic framework (MOF), to trap fullerenes and analyse their structure using single crystal diffraction (SCD), a type of x-ray crystallography.
Now, they have gone a step further and tuned the molecular cages to enable SCD of all sorts of compounds, even those that are liquid at room temperature. Remarkably, this can be done with less than 0.1µg of the compound.
Inokuma and colleagues built the molecular cage using either cobalt(II) thiocyanate or zinc(II) iodide with tris(4-pyridyl)- 1,3,5-triazine to form an octahedral cage. The target molecule can be caged by dipping a single crystal of the MOF into a solution of it. Once inside the MOF, the target molecule settles into the most thermodynamically stable orientation. This is key, because SCD only works when molecules are held in the same orientation to allow the x-rays to scatter in a reliable manner.

In their initial attempts they were able to successfully trap cyclohexanone and isoprene, both liquids at room temperature, and analyse their structures. Next they took up the challenge of analysing the structure of miyakosyne A, a long chain marine natural product. With only 5µg to hand, they were not only able to nail down its structure, but also determined the absolute stereochemistry of its hydroxy groups.

Tiny amounts of complex natural products, such as miyakosyne A, can be analysed using the new technique © NPG
There are limitations, however. Inokuma admits that ‘data from pure single crystals, that is without using molecular cages, are usually better than our method, which is to say that bond length and angle are more reliable’. But for the many compounds that do not crystallise at all, this method is still good enough to obtain their structure, especially when used in conjunction with standard tools like NMR and mass spectroscopy.
In recent years, combining separation with analysis – LC–MS, for instance – has proven invaluable for chemists. Inokuma and colleagues envisage LC–SCD, combining liquid chromatography with single crystal diffraction to create a powerful new analytical tool.
They’ve already trialled their LC–SCD technique on dried orange peel. The peel extract was run through an HPLC machine, with each compound delivered into a vial containing a single crystal of the molecular cage. The team were then able to get good structural data on the peel molecules.


The revolution will not be crystallised

So, could Inokuma’s method revolutionise x-ray crystallography? ‘It certainly could,’ says Richard Cooper, head of chemical crystallography at the University of Oxford, UK. ‘There will, as ever, be caveats and exceptions, but this certainly pushes the envelope of what can be studied by SCD in the right direction.’
But Amber Thompson, another crystallographer at Oxford, is less enthused. ‘The key is matching the size and surface properties of the cavity with the target molecule,’ she says. Thus, if the cavity is too big the target molecule will ‘flop’ about rendering the analysis useless. If it is too small the target molecule may not fit in the cavity.
Inokuma admits that very large molecules, such as proteins, can’t currently be analysed. ‘We have to work to make our method more versatile,’ he says. ‘But we hope that in five years our method will be standard protocol. Hydrogen sure seems like the perfect alternative to fossil fuels. Researchers report that they’ve created a new molybdenum-based catalyst that cranks out the hydrogen, is cheap to make, works in water, and is robust. The catalyst isn’t perfect, as it requires too much energy to generate hydrogen. But its unusual character offers chemists a valuable new lead for making and improving water-splitting catalysts.
Generating hydrogen gas (H2) isn’t difficult. Platinum is adept at transferring pairs of electrons to pairs of protons to make H2. But the precious metal is far too expensive to use for commercial hydrogen production. A cheaper model would use bulky microbial enzymes called hydrogenases that make H2 using proteins based on nickel and iron. Researchers have made slimmer versions for years, but most either work too slowly, work only with the addition of organic acids and other additives, or quickly fall apart.
None of this was initially on the mind of Jeffrey Long, a chemist at the University of California, Berkeley. He and his colleagues had been working to combine metal atoms with organic appendages called PY5 groups in an effort to make molecules with the magnetic behavior of bulk magnets. Their studies revealed that one of their molybdenum complexes had an unusual ability to transfer electrons, a key requirement for hydrogen generation. So they tested its hydrogen-generating abilities and got several nice surprises.
In tomorrow’s issue of Nature, Long and colleagues report that not only did the compound turn out significant amounts of hydrogen, it also worked in pure water or seawater without the additional expense of additives. It’s also more durable, Long says, because the molybdenum atom in each compound is bonded to five other atoms, making it harder to knock apart and thus more stable than competing hydrogen-generating compounds using iron and nickel that form fewer links to their neighbors.
More information:
http://news.sciencemag.org/sciencenow/2010/04/catalyst-brings-cheap-hydrogen-f.html?ref=hp
Robert F. Service, Science Magzine.
By Unknown at March 20, 2013 No comments: 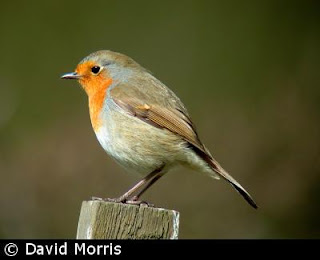